There's nothing better than adorable babies after a bath. I thought it would be fun and sweet to make them new hooded towels since they are getting a bit bit for the baby ones.  One of my mom's friends gave her a homemade hooded towel, so I decided to see if I could figure out how she did it.

The problem is, I don't have the towel (it lives at Grandma's house).  So it became a slightly involved process to figure out how to make the towel come out like I intended.

I decided to try a contrasting towel for the hood.  After making the towels, I'm undecided if I'd do a contrasting color again or not, as it draws a bit more attention to the seams and part of the towel body ends up acting as part of the hood on bigger kids.  (Okay, I don't have bigger kids, so what I really mean is me!)

Each hooded towels needs one full size bath towel and half of a hand towel.  I chose a contrasting towel that I could use for both boys.  No waste! 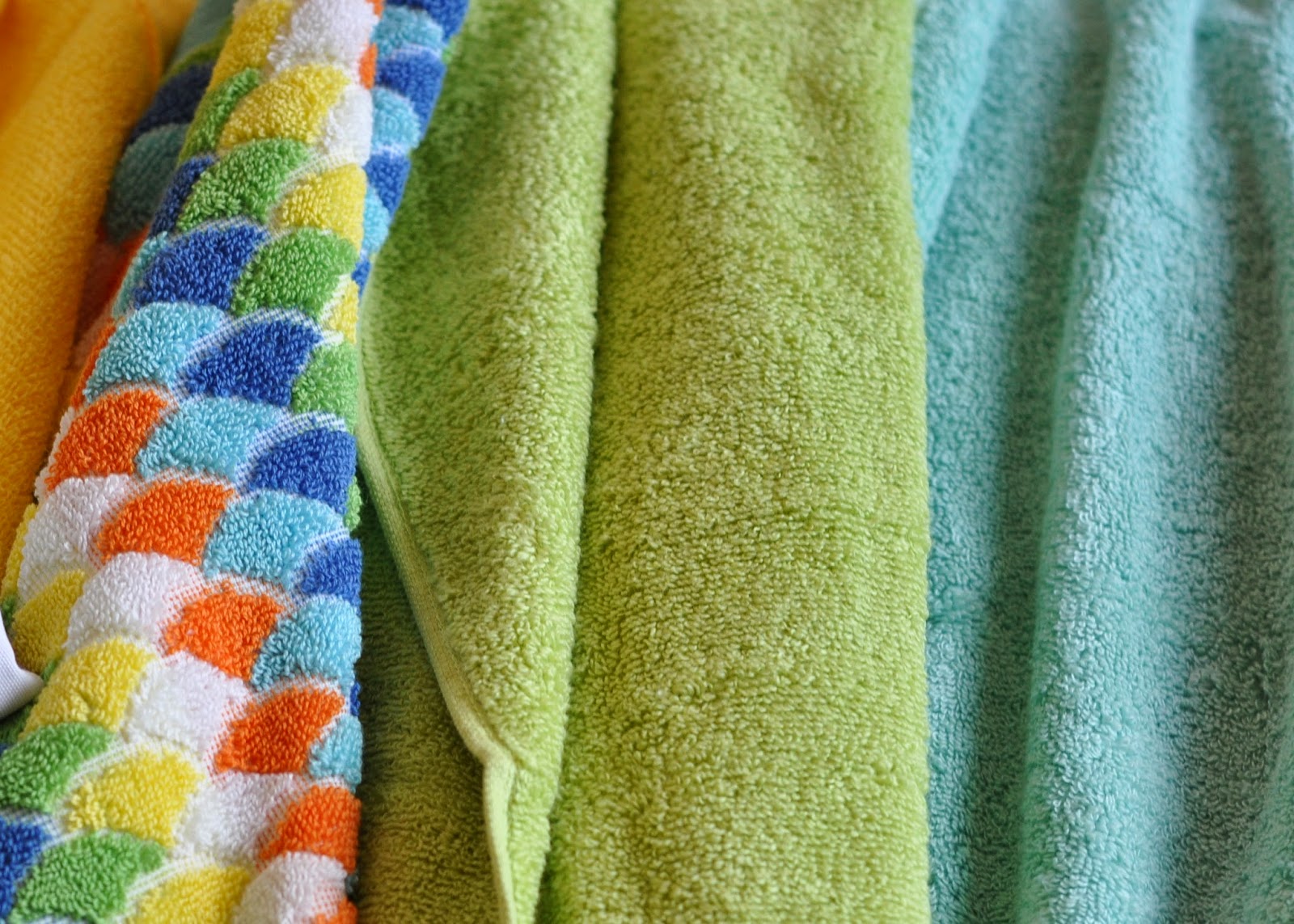 I washed and ironed the towels.  It was the first time in my life I've ever ironed a towel, but I'm glad I did.  The seams on the edge of the towel smoothed out nicely and made sewing the seams much easier.

I measured and cut the hand towel in half. 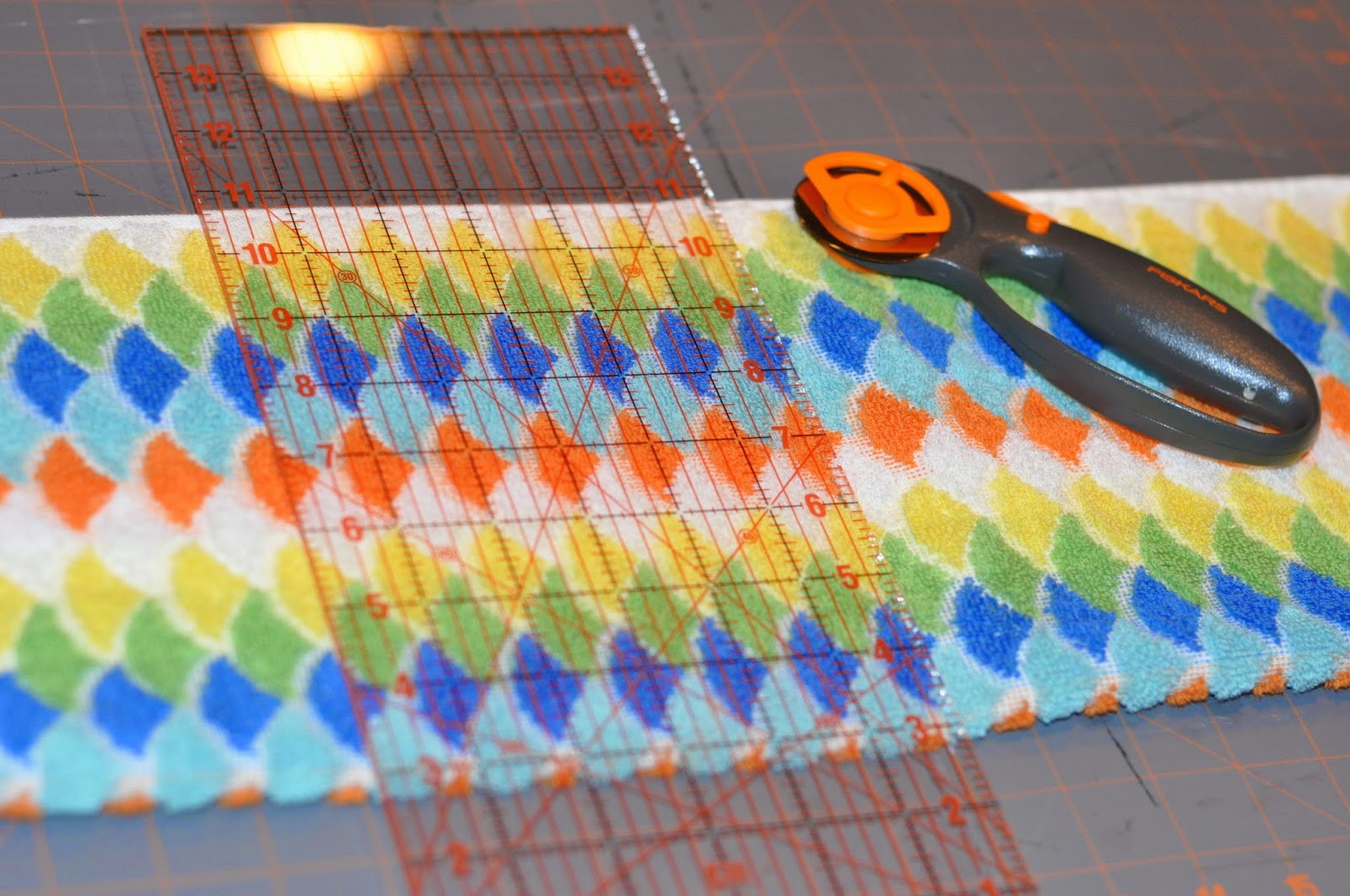 I pinned each eventual seam and assembled the towel.  I didn't like how the hood matched up with the body of the towel, so I decided to fold over about 2 inches of the towel.  At least it was just pinned, or I would have spent quite a bit of time ripping seams.


Next, I folded the 'right' side of the towel in and on itself and stitched the rough edges.  I used a zig zag stitch on the hood fold, but decided on a regular stitch here.

Hood was done and it was time to attach it!  Too keep everything even, I started by folding the towel in half and placing a pin at the midpoint.  I attached the hood and pinned the middle, then both edges then added some pins in the middle

The only challenge I had was the few area with the towel had quite a few layers.  My sewing machine is pretty basic and managed it fine, but I did have to slow down and help it along a little bit. 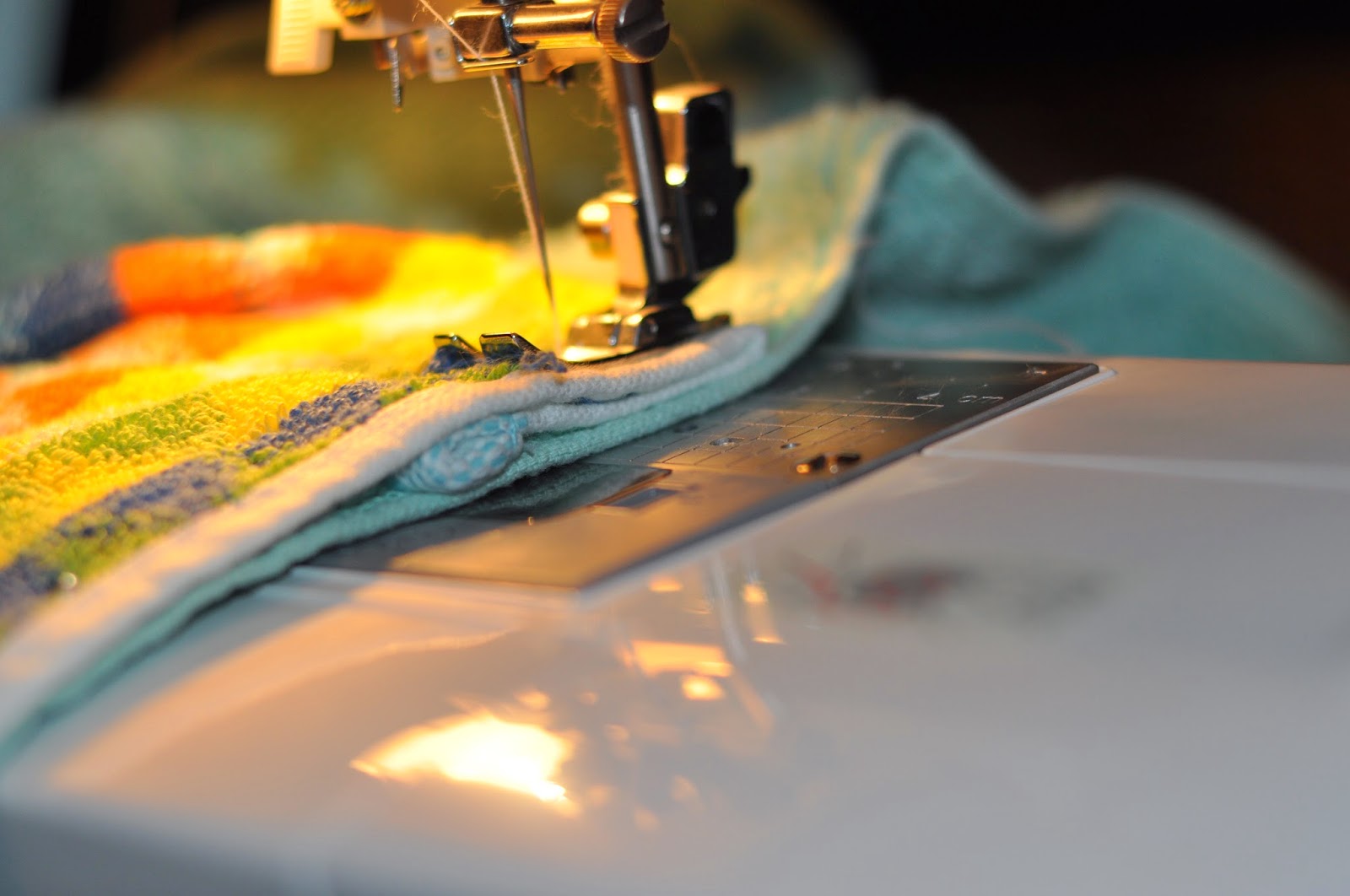 And that's it!  The whole project including figuring out the extra hem took two episodes of Downton Abbey (I did pause twice when attaching the hoods.)  If you can thread a machine, you can do this project.  Super simple. 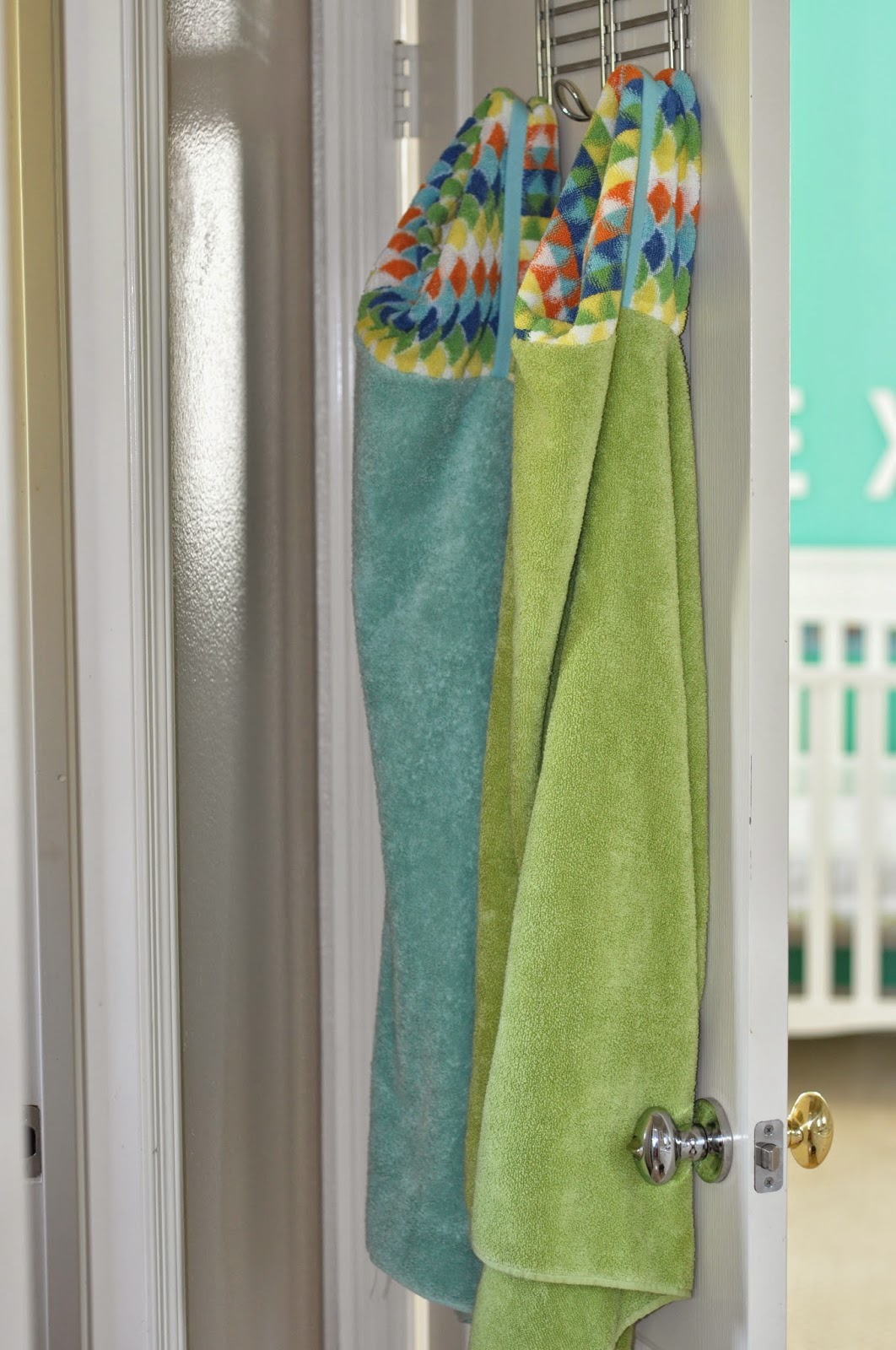